Currently the main aim of the city administration is to form the infrastructure in Vladivostok in order to increase the city’s role as the center of international business and cultural cooperation of the Asia-Pacific region.

Vladivostok authorities pay much attention to the rich cultural life. Festivals, large sport events, forums, exhibitions, concerts are held in the city by sea throughout summer and autumn. International music festival V-ROX, supported by Vladivostok’s administration, became one of the brightest and loudest events.

Three-star «AZIMUT Hotel Bay» offers inexpensive rooms in the all-round view to the Golden Horn Bay and the Amur Bay. «AZIMUT Hotel Vladivostok» is the newest (opened after the mass renovation in May, 2016) and the most capacious city hotel (378 rooms of different categories). All the rooms are built with the SMART concept: «smart layout», stylish design and neutral colours in rooms’ finishing dispose visitors to calm rest.

Both hotels are situated at a walking distance of harbor and railway station and just 20-30 minutes away driving to the airport. The main cultural sights of the city are located near them. Totally different from each other, hotels await their guests. Regardless of your hotel’s choice, AZIMUT will make your rest comfortable with adherence to the chain operational standards.

«Ocean» is the biggest movie center of the Far East, it is situated in the favourite resting place of Vladivostok – at the shore of Sport Harbor. The architects G.K. Machulsky and B.I. Levshin designed the unique architectural construction in Moscow, it started its work in January, 1969.

Today «Ocean IMAX» cinema is a multifunctional movie center with four halls (880 seats) including the first and the only in the Far East ultramodern hall IMAX. The cinema is the main movie venue of the city. Various film festivals and the International Film Festival of the Asian-Pacific region «Pacific Meridian» as well, many meet-the-artist sessions, conferences, graduation parties are held here.

«Ocean IMAX» cinema provides not only an escalator, but also an elevating platform and ramps for people with limited mobility. The cinema has its own parking lot, which is supplied with modern automated equipment for parking cards usage.

VVO PROJECT is a unique and unrivaled in the Far East business, which includes different layouts, from music partnership with the band Mumiy Troll to the only in the region real Bavarian restaurant-brewery Paulaner Bräuhaus Vladivostok.

Today the united company VVO PROJECT is the absolute leader in the sphere of public catering in Vladivostok and Primorsky Krai. Modern and irregular approach to business dealing, building and establishment of its own restaurants allows the company to implement unique dynamic and mass projects.

All the VVO PROJECT’s restaurants are located exceptionally in the central part of Vladivostok, at a walking distance of key sights of Primorye’s capital. We are sure that VVO PROJECT’s guests must be provided with qualitative and relevant decisions – from a glass of a drink to background music in the company’s restaurants.

Colisium is an international conference on the music industry, held since 2007. Here the main persons of the music industry gather together annually, they are experienced and famous promoters of the largest agencies from all over the world, producers of mass festivals, club and regional promoters, leaders of record labels and digital publishers, ticket agencies, music mass media, events’ security and insurance companies, authors organizations, program directors of radio stations and TV channels, and so on.

Colisium Music Week is held during the event, best performers of various genres play concerts on numerous venues. The ninth international conference is held this year in Moscow, on the 15th-18th of September.

Australian Embassy in the Russian Federation

French Embassy in the Russian Federation

Embassy of Israel in the Russian Federation

Consulate General of the USA in Vladivostok

Consulate General of the USA in Vladivostok implements the international policy of the USA and provides services to citizens of the USA and the Russian Federation. The main priority of the consulate is well-being of the USA citizens in the Far East of Russia, also the information about their location. At the same time efforts of the public diplomacy are aimed at the development of openness and the extension of direct contacts between the Russian and USA citizens with the help of cultural and educational programs, coverage of these processes in mass media. 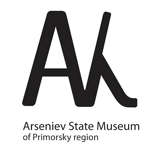 V.K. Arseniev State Museum of Primorsky region is the largest regional museum in the Far East and the largest museum in Primorsky Krai. In 2015 it topped the rating of the most visited museums in the Russian regions according to The Art Newspaper.

There are four sites of the museum in Vladivostok: the Main building (Svetlanskaya St. 20), City Museum (Petra Velikogo St. 6), Traveler V.K. Arseniev’s House (Arseniev St. 76) and Official Sukhanov’s House (Sukhanov St. 9). Each branch has its own missions and programs of exhibitions and events.

Currently Arseniev museum is a mass and informatory exhibition area, which works on the principles of replaceability, mobility, mixture of traditional and new museum technologies. Museum programs for visitors of different age are developed actively, excursion office «Time of the city» and souvenir shop work successfully. Lectures, movie lectures and meetings are held.

This is the unique project of VVO PROJECT and the band Mumiy Troll’s partnership. The most popular city bar is an integral part of any guest route and the headquarters of the international showcase festival V-ROX. It was built according the latest tendencies of the foreign culture of entertainments but at the same time it keeps Vladivostok’s traditions and stories of the time formation of the band Mumiy Troll.

Druzhba Bar works especially for those who looks back with kind nostalgia at the taste of soda from a slot machine at street corner, who knows what polugar is, and who can guess a golden smash-hit with three notes.

If you have never lived in the Soviet Union and you know about the time, when roast chicken was a real delicacy, only thanks to parents’ stories, come and eliminate the illiteracy totally in our friendly gastronomic museum!

Contrabanda club is a bar, a concert site and a place for various theme events in the very center of Vladivostok. The club’s design is inspired by the XIX century: old bricks, wood and metal are used. The inner yard of the club has a terrace with granite block of the same period. Both local and visiting musicians play at the club’s stage.

RA is a seasonal project started in 2014 and located on Yubileyny beach in Vladivostok. The project is non-commercial and targets mainly young active people who are constantly looking for new and interesting trends in music, fashion and youth culture. Eventually, this concept caught the interest of not only younger generation but also of larger segments of nightlife places visitors.

The bar, located in the building of the Union of Artists and in the center of Vladivostok, lays stress on rock music and bikers culture. Ozzy Bar’s walls are decorated with paintings of local artists and designers, the Irish style with green walls and lots of wooden items is taken as basis.

Performances of music bands, different DJs, creative groups and theme evenings are held here. All the bar’s halls are equipped with soft sofas for different number of guests where you can have a rest and tasty dinner and try exclusive drinks.