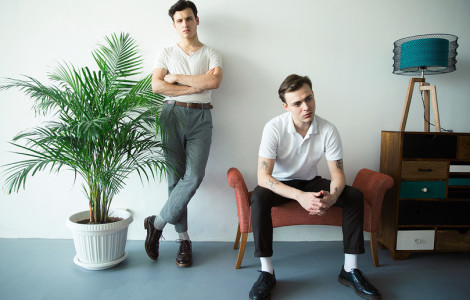 «There is such a widespread mistake that whatever but the Soviet synthpop is absolutely impossible to be performed in the Russian language today. It grates on ears, phonetics does not suit, and so on. The Ural-Povolzhye-Petersburg duet La Vtornik denies this statement with their new record and connects canons of the genre with their native language. Taut rhythmic, disco groove, powerful samples and the veil of the eighties get on smoothly with simple words of love and dances which are sung somehow vaguely and subtly», «Afisha-Volna» magazine.


They play memorable synthpop about love, life, dances, it is inspired by «solar flares».

They are one of the best new Russian light groups who came out of the blue with the album «Танцуй» («Dance»). They play charming Moscow pop with sensitive dancing vibe and ironic texts in native Russian. They have already managed to visit the better part of Russian cities and to perform at the main venues of St. Petersburg and Moscow.

It is like a classic canonical boys band with moderately dancing and moderately dreamy music. Both members are romantic and shy, such boys-next-door, who are easy to be imagined both at the next table in your favourite bar and in the covered with kisses poster above the bed.