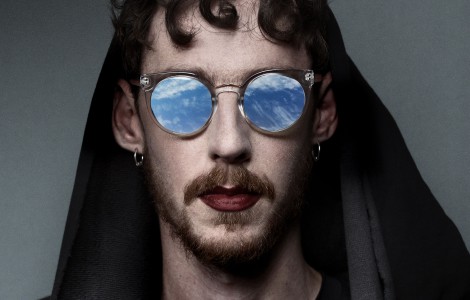 “IX, according to many one of   The Netherlands’ best kept secrets,   is wayward of conventions as well.   The mastermind behind IX is   prodigy Marnix Dorrestein   from Amsterdam.   His tracks harbor an   extraordinary interaction:  they breathe the   melancholy of sixties   pop, but are wrapped   in fresh, modern day  productions that are   loosely based on   African styles, R&B,   synthpop and   electronic music.”  – Rotown | 2016

“We’ve been transferred from DB’s, in the wet and windy Netherlands, to sunnier spheres. Extremely danceable, accessible and with a considerable amount of hit potential that takes on a   tangible form live.”   – Festival Le Guess Who, 3voor12 | 2015

The music as heard on his recently released IXtape displays an immense amount of love and knowledge of pop music from the sixties, seventies and eighties. A partly electronic instrumentation, exotic influences and the personal taste of the craftsman ensure, though, that IX sounds futuristic rather than nostalgic.