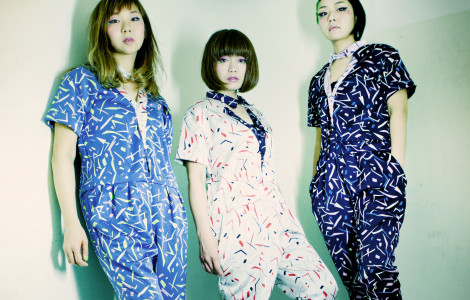 Japanese alternative girls rock trio TsuShiMaMiRe will be the headliner of V-ROX 2016. The band exists since 1999 and plays electropunk, free jazz, ska and funk, mixed with pop instrumental sounds and peculiar, provoking lyrics.

TsuShiMaMiRe are one of those who became famous thanks to South by Southwest Music Festival in Austin, Texas, and to performances at anime conventions together with the Suicide Girls, and to Japanese Benten Label’s “Japan Girls Nite” tours.

In 2007 American magazine Shojo beat choose TsuShiMaMiRe as Best Girls Japanese Band. In to 2010 the band started their own label Mojor Records.

TsuShiMaMiRe’s music is very emotional, their performances fascinate. This trio is definitely one of the best who play live in Japan and one of the most powerful Japanese girls bands. It’s worth mentioning that the band’s membership has never changed for 17 years of its existence.