V-ROX: on the way to the Main festival stage 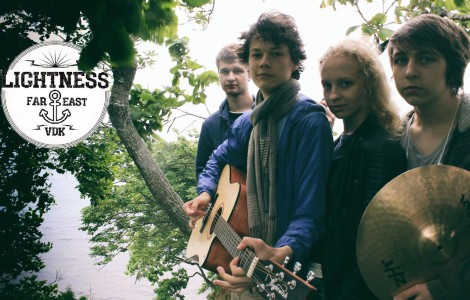 On Sunday, July, 10, Primorye’s talented youth performed at the site of Amphitheatre on Sportivnaya Gavan within the V-ROX festival’s elimination rounds. The main project’s aim was to give a possibility to children aged 10-17 to perform at a big stage, to show their talents and ambitions.

The real rock atmosphere prevailed at the site, in spite of the participants’ young age. Six bands from Primorsky region took part in the concert. Artistic directors were allowed to help young musicians. Most of the groups had never performed before. Generally their repertoire consisted of famous foreign bands songs’ covers, though some of them performed their own pieces.

The participants included Lightness band who played melodious but at the same time energetic blues rock, a bit heavier to compare with music of the legends of the sixties. Qwerty played unobtrusive light rock, they are the growing generation of musicians from pop department of children’s music school №3. HOKSS (Rus — «ХОКСС») are the most experienced participants, the band had already performed in some Vladivostok schools and in BSB CLUB, Chkalov Bar, Bonnie & Clyde Club.

Dve Chetverti (Rus — «Две Четверти») showed their good music taste in choosing covers of famous rock songs. Kashmir is the band’s tribute to the monsters of rock-n-roll of the seventies — Led Zeppelin. Classic rock is always relevant. Rest Day are at the very beginning of their way to rock-n-roll.