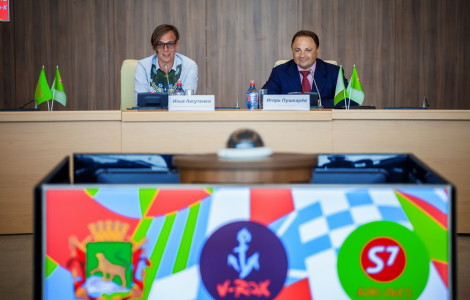 After the festival, many participants , producers and partners of V-ROX decided not to stop on their already achieved success. Electronic musician Mujuice (Roman Litvinov) participated in Culture Collide festival, that took place in Los Angeles in October 2013. Vladivostok’s band S?W ( So What?) performed in Seoul at Zandari Festa and played shows at the night clubs with South Korean bands No Brain, Apollo 18 and Goonamguayeoridingstella. V-ROX production team visited Culture Collide (Los Angeles) clip link and Clockenflap (Hong Kong).

V-ROX 2014 Festival will take place the last weekend of August in Vladivostok and will keep the previous conception: hybrid of open airs, city festival, music business-conference and creative Workshops and Master classes. V-Rox 2014 will concentrate on the development of the cultural vector of the Far East region, as well as integration into the structure of international music market and modern cultural tendencies where the priority is to break modern Russian artists into the concert venues of rapidly developing countries of APR (Asian Pacific Region) and BRICS (Brazil, Russia, India, China, South Africa).

Many branches of the festival will get additional developments. There are plans to turn lectures and master-classes into a summer school of arts. A library-and-literature branch will be opened. An open-air summer movie theatre will screen documentary and feature films of already known as well as young and independent filmmakers about lives of musicians.

There still will be several festival and music venues and stages and one of them is considered to be a “floating stage” on the territory of city bay. All leading nightclubs and new and unexpected venues will participate in evening and night music events.

The festival will expand its geography: besides countries of Asian Pacific Region (APR), it received a large interest from country representatives of post-soviet area and western Europe.

Selection rounds for V-ROX 2014 will start in April.