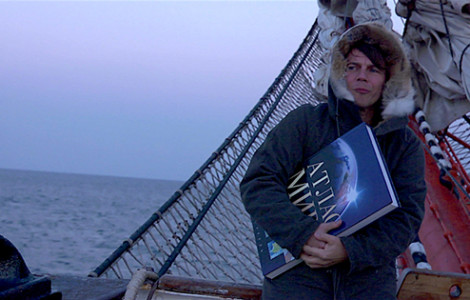 The «rockumentary» musical phantasmagoria «Vladivostok Vacation» from the band Mumiy Troll will have an extra showing on August 19 (Friday) at 19:30, tickets are available. The showing will take place by request of the audience within the film program of the international music festival V-ROX 2016.

Possibly one of the first-ever “rockumentary” movies of its kind in a musical phantasmagoria genre, “VV is a rock ‘n’ roll rampage in the tradition of The Beatles «Help!» and «Spinal Tap». But all the action takes place on board a sailing ship navigating the high seas – in an imaginary world where the Yellow Submarine finally meets with Battleship Potyomkin.

It all begins in the port of Vladivostok, Russia. Ilya, a local musician, decides that his band has achieved all the success it can in its hometown and dreams of international recognition – especially, winning a “Grammy”. His fate changes when he meets the captain of a sailing ship who offers the musician and his band free passage. Soon, Ilya and his bandmates – Oleg, Yuri and Eugene, embark on a voyage around the world. The sailing route is simple: “to visit places where people love rock ‘n’ roll!”.